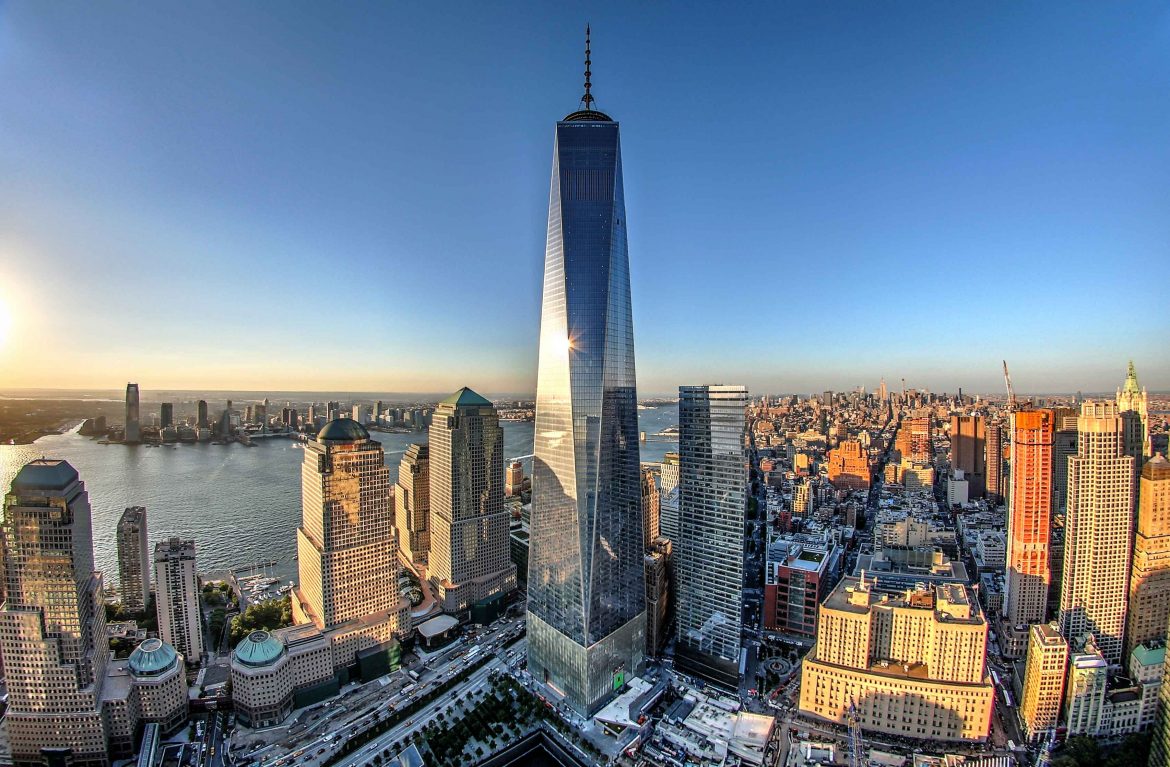 The building occupies a 200-foot (61 m) square, with an area of 40,000 square feet (3,700 m2), nearly identical to the footprints of the original Twin Towers. The tower is built upon a 185-foot (56 m) tall windowless concrete base, designed to protect it from truck bombs and other ground-level attacks. Originally, the base was to be covered in decorative prismatic glass, but a simpler glass-and-steel façade was adopted when the prisms proved unworkable. The current base cladding consists of angled glass fins protruding from stainless steel panels, similar to those on 7 World Trade Center.